“One Belt One Road - Economy, Security and Politics”

Project One Belt One Road (OBOR) has alternative routes and potential participants mainly due to geo-political changes over centuries from the time of original Silk road until today. In 2012 China approached the Central-Eastern Europe countries (CEEC) with a proposal concerning regional cooperation named 16+1 initiative. Main target is to boost trading (e.g. technology transfer, import-export of agricultural and animal products, etc.). To achieve such goal China also plans to give support by providing investment backing to fund large-scale infrastructure projects, starting with energy sector and cooperation in the construction of railways and highways. As the member of the EU and Euro zone, Greece is the associated member of the 16+1 initiative.

The influence and importance of OBOR project has been discussed in a number of articles and papers. With regard to OBOR – 16+1 initiative and western Balkans, some key elements could be derived from the except from the report prepared by Dr Jens Bastian for EBRD :

– With the availability of capital, technology and a master plan under the heading of the OBOR, Chinese investments in EU and non

– The OBOR includes policy initiatives, investment priorities and business decisions by Chinese authorities and companies that can have major impact on participating countries and their regulatory authorities and civil society organizations.

Less than 20 transport and energy projects appear to have been approved so far as part of the 16+1 cooperation agenda across the region, but according to the website of the Western Balkans Investment Framework, only about one quarter of those have actually seen work commence. The major indicated obstacles are the immense diversification of the region (including cultural, political, historical and differences in the structure of each country’s economies), insufficient expertise or complicated procedures on the part of Chinese companies, the division into EU member states and others (with barriers related to EU regulations in some cases), the asymmetry of economic needs between China and partners and lack of willingness within the region itself to speed-up the cooperation.

China, as a latecomer on the CEEC market, faces the reality of a saturated market as Western European firms already predominate. Because China’s firms lack experience in international business and know less about the business culture and business practices of the CEEC, business decisions regarding investment are time-consuming and difficult. The 16+1 framework will help Chinese firms a great deal as it facilitates business contacts, builds social networks, and makes business decisions easier. Taking into consideration all circumstances, the planer of OBOR has to think about all possible aspects (economical, security and political) for successful execution of OBOR. Researchers from China and Europe will have great opportunity to exchange their views and thoughts at International Round Table. 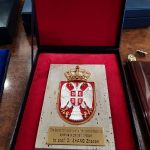 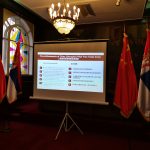 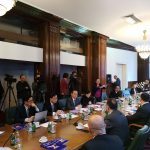 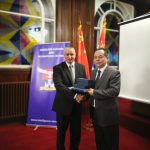 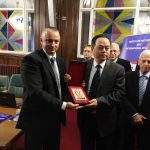 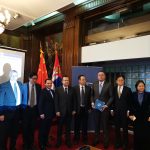