A webinar conference broadcast from the Belgrade Institute for National and International Security (INIS) as well as from the Israeli University of Bar-Ilan, inaugurated the Security Science Journal.

The initial issue of this inter and multidisciplinary scientific journal in English is the result of a publishing collaboration by the Institute for National and International Security (Serbia), The Europa Institute, Bar-Ilan University, Israel, The Research Institute for European and American Studies – RIEAS (Greece) and ITS – Institute for Transnational Studies (Germany). Security Science Journal is first of this kind in the World with aim and goal to prove that Security is Science with its own specific methodologies and theories that Security Science is based on.

According to prof. Shlomo Shapira, director of the Institute of European Studies, Bar Ilan University, plan is to publish three annual editions that will feature both original works by scientists in the field around the world, as well as comprehensive reviews of those already published articles in leading journals of related disciplines.

Director of INIS, prof. Darko Trifunović emphasized that this is the first magazine of its kind in the World, which sheds light on Security as a Science with its own, specific theories and methodologies. The conference was also attended by Dr. Ioannis Nomikos – RIEAS and Dr. Klaus Lange – ITS. Prof.Ioanis Nomikos emphasized that we are all together creating history.

The meeting was attended by experts in the field and thematically related experts from 27 countries, including Ambassador Dan Oryan – Director of the Balkans Department of the Israeli MFA, John Rutherford – Political Counselor at the US Embassy in Belgrade, Dr. Xu Mingqi, Director of Europa Institute of Shanghai Academy of Social Science, China, Dr.Alberto Testa, West London University, UK, Dr. Pramod Jaiswal, Director at Nepal Institute for International Cooperation and Engagement,Nepal and Dr. Liliana Popescu, Vice Recotr at the National School of Political and Administration Studies, Romania. On behalf of the Ministry of Education, Science and Technological Development of Serbia, the project was welcomed by prof. Ana Langović – State Secretary and prof. Bojan Tubić – Assistant Minister of the Ministry for Education, Science and Technological Development, Government of Serbia. From Serbia at INIS headquarter, the event was followed by zoom: Dr. Zoran Dragisic – Member of the National Assembly and Vice Dean of the Faculty of Security Studies, University of Belgrade, Dr. Nebojsa Kuzmanovic – Director of the Archives of Vojvodina, Prof. Miljan Knezevic – Vice Dean of the Faculty of Mathematics, University of Belgrade, prof. Nikola Tanic, INIS, prof. Ivica Radović, INIS, Ph.D. Srdjan Petrovic, prof. Miomira Kostic, Faculty of Law, University of Nis, prof. Predrag Petkovic, Faculty of Law, University of Nis, prof. Darko Dimovski, Faculty of Law, University of Nis Dr. Branislav Todorović, Director of Research INIS, Rodoljub Oreščanin – ICEJ Serbia, and Darko Obradović – Executive Secretary of INIS. In the ceremonial conference hall of Bar-Ilan University in Ramat Gan, the presentation of the magazine was attended by: Dr. Ephraim Lapid – Brigadier General in Reserve, Dr. Barak Bouks and Dr. Rachel Levy-Drummer from Bar-Ilan University, and Mihajlo Tripić – Chargé d’Affaires and Aleksandar Nikolić – Honorary Consul of the Republic of Serbia in Israel. Along with the journal, the University of Bar-Ilan and INIS are considering a joint master’s program, which will be a remarkable step forward and a contribution to bilateral academic cooperation. 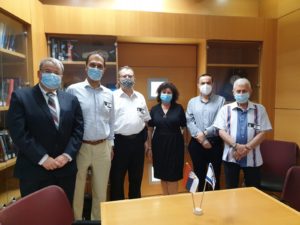 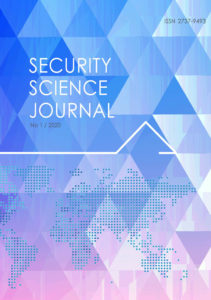