In the organization of the Institute for International and National Security at the Faculty of Security Studies, University of Belgrade, congressman Steve Stivers spoke at a tribune entitled “Cooperation between Serbia and Ohio”

Moderator of the tribune was prof. dr Zoran Dragisic, and the panel was opened by Dean, prof. dr Ivica Radovic. The panel was held on May 24, 2018 in the Hall for the sessions of the Faculty of Security.

The arrival of Steven Stevens in Serbia has been very noticeable, and it is precisely in the hands of that US Congressman and Brigadier General Ohio’s National Guard that could be “the key to good relations between the United States and Serbia.”

Namely, Stivers should take over the presidency of the Serbian coconut in the United States by the end of the year, as Texas congressman Ted Po withdraws from this post. Stivers spoke extensively about lecturing at Belgrade’s Faculty of Security about what the US and Serbia relations are currently about, what role the National Guard Ohah is playing, why the CIA removed the KLA from the list of terrorist organizations.

– The partnership between the National Guard of Ohio and the Serbian Armed Forces has been almost 12 years. We had more than 30 joint operations and exercises, as well as a joint medical mission in Angola. As far as I am aware, you are currently working on a new national security policy, and President Vucic has put your country on the path of military neutrality, as well as on the road to EU membership.

Given that the KLA used to be on the CIA terrorist list, but that it was practically unreasonable in 1998, the students were interested in the factors that were crucial in the decision.

– We often change our list of terrorist organizations, on everyday basis they are inserted and removed names from it. There are many complicated factors that determine who will be on the list. I really do not know how the KLA came down from it – said Stivers, and then gave an additional explanation.

– The KLA was removed from the list after an American delegation led by Richard Holbrooke met with KLA fighters in front of the cameras. I suppose there was political pressure to remove from the list of terrorist organizations that the US delegation would not obfuscate, but I underline that I do not really know why this was done in the end. Asked about the importance of national coconut and how much the Serbian coconut is influential, Stivers replied:

– They are very important for sending messages and building friendships. As you know, I am a member of the Serbian coconut, and since Ted Po retreats, I asked if I can take over that function. I think I can be a strong voice that will work on friendly relations between the United States and Serbia, because of the role in the Guard, but also the fact that I come from Ohio. I very much appreciate friendship with Serbia, in every way – military, economic and political.

The issue of propaganda was unavoidable, and the American congressman gave an interesting explanation.

– Sometimes preparations for an attack are made through artillery, now it is being propagated by cyber attacks. Some people, organizations and countries want to exploit the situation in the Balkans and propagate people in different directions. The best we can do is look at all the information from a critical angle. There, Ambassador Scott has drawn up a list of tabloids that place here in your country, so you can find out that the US and CIA are planning to kill President Vucic, which is really not true. On the other hand, when I was here last year and when we donated medical equipment to the clinic, it’s barely overlooked. Freedom of the media must exist, but we need to better talk about our story, that is, to present the facts. If the United States and the EU are the largest donors in Serbia, people have to know that. President Vucic is trying to do what is in the best interest of the Serbian people, and it is logical that in this, when it comes to economics, he looks to the West. It is the only option to move forward, especially for the growing economy. If you look east, what will happen when gas and oil disappears, and whether they now share it with their “friends” for free.

– I want the US and Serbia to continue to build good economic, cultural and political ties. In this regard, you have a NCR company from Ohio, which employs thousands of people in your country, and they just came to Serbia because they can go to the West and the East from there. When you look at your agriculture, you have three billion euros of exchange with other countries, you practically feed the world. 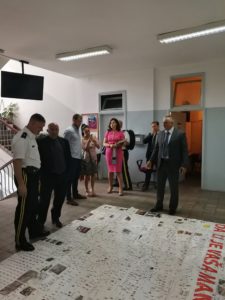 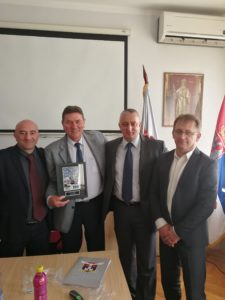 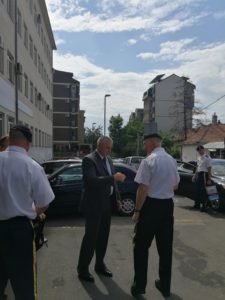 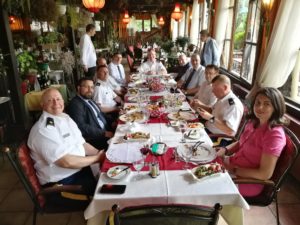 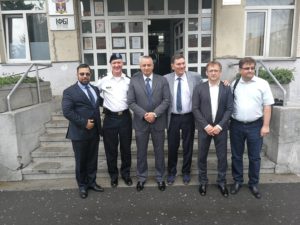